For all the bluster at the elite levels of the game, the FA Cup is still special to the rest of us. There's no better way to start the season than with a cup tie, and we open ours with today's visit from Boldmere St Michael's and a chance to translate the progress of the last twelve months into a rather better outcome than we managed at this stage last year.

A run in the FA Cup can do a lot for a football club like Coventry Sphinx. For the fans, there's the excitement and optimism that can only be generated by positive outcomes of one-off games in new places and against new foes. For the players, there's the confidence boost that comes from beating increasingly accomplished opposition. And for the club, well, there's a bit of cash into the bargain.

None of that is to be sniffed at, but the best thing about it is its intangible effects. The trust the players develop in one another. The matchday atmosphere even for the league games around the same time. The mood around the club. You can't beat a big cup match and that infectious lifting of the spirits gets everywhere.

To unlock that, the team first need to come out on top against the Mikes today. There wasn't much daylight between these sides last season. The Sphinx finished two places and two points ahead of Boldmere but were pegged back at the death in the second league meeting between the two, leaving the points shared on both occasions.

Our visitors today have twice reached the Second Qualifying Round, in 1987/88 and 1997/98. Thankfully for the superstitious among us they didn't match it in 2007/08. Last season they were knocked out in the Preliminary Round by Highgate United, who also devised our own FA Cup exit on the first day of 2016/17.

The league fixtures have thrown the Sphinx into a fascinating opening day situation. Midland Premier newcomers Haughmond are the best part of 70 miles from Sphinx Drive and blew away their competition last season, winning the West Midlands Premier with 99 points and a 15-point gap to second-placed Wolverhampton Casuals.

Haughmond are following in the footsteps of Shawbury United, who gave a good account of themselves in our division last year and taught the Sphinx a thing or two on our consecutive trips to Shropshire last autumn.

Needless to say, our first league game of the season isn't to be taken lightly. And it doesn't get any easier; before the end of August the Sphinx will play Shepshed Dynamo, Rocester (away, naturally), Bromsgrove Sporting and Loughborough University. With a fair wind there will be another game in there as well.

Yet I'm of the opinion that going in at the deep end is no bad thing. When we kick off against Haughmond next weekend, Duts and the players will be ready.

The difference between this pre-season and last is huge. Yes, we've been through rolling substitutions, unlimited substitutions and team selections designed to try things out and get minutes into legs. Yes, we've seen a lot of new faces and had to navigate through a few holidays. But every match, from the first against NKF Burbage on the back pitch to our win at Brackley Town Saints last Friday, has been taken seriously.

The mindset of this football club over the last month or so has been one of focus and determination. We've kept all of our most important players and brought in some cracking additions, and almost to a man they've played the friendlies like they mattered. It makes for some amusing reactions from opposition supporters, but it also shows that we're not messing about. 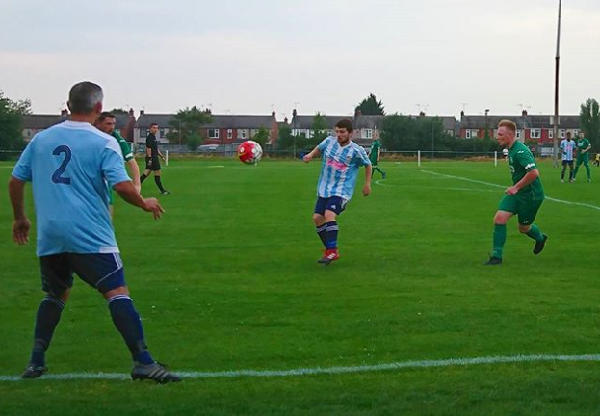 I usually couldn't care less about results in pre-season but the way the team's approached this summer has placed a value on friendly wins that they don't always have. We've played and beaten good sides who've been equally competitive. Defeating Bedworth United was a deserved boost for a team who played that occasion like it was a cup tie.

If we can carry that impetus through August, there won't be many teams in the league that will relish playing against us. We start today with a real cup match, and safe passage is the name of the game.