Ten days ago Coventry Sphinx's start to the 2017/18 season seemed to explode into life. The 1-0 scoreline in our defeat against Shepshed Dynamo here at Sphinx Drive doesn't begin to tell the story of one of the most bizarre halves of football I've seen in a while.

The Sphinx were terrific in the first half. Every second ball was fought for and won, and only the finishing touch was missing - that's been a worrying theme this season.

In the second half things went awry, to put it mildly. We fell behind to a well taken goal out of the blue, and then the fun began. The less said about the straight red cards shown to Matty Burt and Luke Downes, and the performance of the referee, the better. We said it all about him twice last season.

Those of you who were here for the Shepshed fixture will have seen a ten-man Sphinx side look better than the opposition and have every hope of nicking an equaliser. Indeed, even with nine men we were arguably superior. 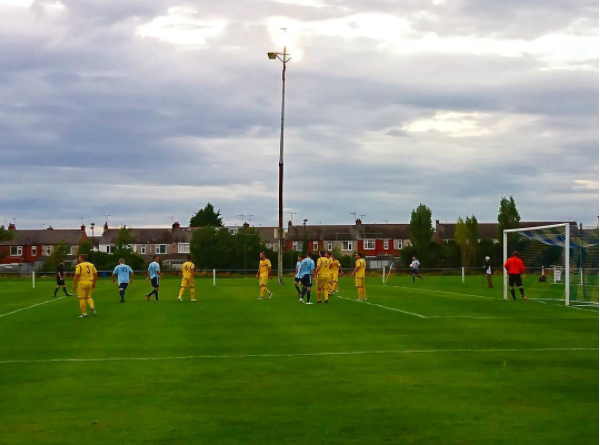 But when your team is gifted an opportunity to level a game with a two-man deficit, and you end up watching the debacle that ensued after the somewhat dubious awarding of a Sphinx penalty, you know the outcome of both the penalty and the match even before the spot kick is screwed over the crossbar.

Last Saturday the rearranged visit to Rocester brought about better fortunes. I wasn't able to attend but have heard tales of guts and glory, rounded off by Burt's stoppage time winner and three points that already feel as if they've lightened the mood a little.

It's so important - at this level and any other - to have a team that battle for one another and have plenty of character. Given the circumstances around Rocester's equalising goal in the middle of our 2-1 victory, it's fair to say those traits came to the fore just when they were needed.

Since the Rocester game, Matt Taylor and Daz Eggleton have departed for pastures new. Both defenders have been a credit to this football club and will be missed around Sphinx Drive.

I wish them both well at their new homes, just as I hope for good things for my old sponsored player, Reece Blackmore, who played such a big part in our improved season in 2016/17. Why anyone would want to play in green I have no idea.

Our visitors today are Bromsgrove Sporting, owners of the best terrace art in football and a decent number of supporters to stand in front of it. They're a fascinating prospect this season.

They were promoted ahead of some good sides last season and it wasn't even close. Bromsgrove finished the season undefeated and with 104 points to their name - fully 25 more than third-placed Leicester Road, who looked every bit promotion material when I saw them last winter.

Bromsgrove's numbers through the gate suggest an ability to make a chunky mark at this level too. They've mostly dabbled in the FA Cup so far this season but a 4-0 away win over Quorn, with two late goals from Jason Cowley, was quite the start in the league. We hope to be much sterner opposition this afternoon.

To complete our Bank Holiday weekend we travel on Monday to Loughborough University, the early-season version of whom has had it rough so far.

Defeat in the FA Cup on opening day was followed a week later by a 3-0 beating by Coleshill Town at Pack Meadow, and a few days after that they were beaten 7-2 at home by someone or other. I don't know how these fancy electric scoreboards work, but the visitors kept the little orange nano-gremlins busy that evening.

It's a relief to be writing this column with a Sphinx win on the board. Throughout pre-season and even in our early fixtures I've seen enough be encouraged that better results are on the way.

We have players who've become very much a part of this club. We have a bit of pace. We have streetwise players with loads of experience but years ahead of them. Most importantly, we have a team that represents both continuity and evolution. More positive results will surely follow.