There are some strange dynamics at play when a well-liked manager leaves a football club. From my point of view I have one job here and that is to support the team, and that's the end of it. I wish Stuart Dutton and Scott Furlong the very best of luck and thank them for some terrific experiences with Coventry Sphinx. There were many this season and last.

But it's all change in the dugout, and it feels odd as a relative newcomer to be extending a welcome to Lee Knibbs, but I'll do so anyway. A winning start was important and last Saturday's home fixture against South Normanton Athletic delivered exactly that.

It was a lively first half in which the Sphinx went behind to a classy finish but overcame that dent in their supremacy to take a 2-1 lead into half time.

The goals were the fruit of a tactical tweak that saw Liam Cairns and Jean Dakouri anchor the midfield to release Callum Woodward to sit behind Ryan Harkin, with Jamie Towers and Nathan McGarrity on the wings. With Woodward more advanced he was on hand to tap in the rebound from Harkin's saved effort for the equaliser. 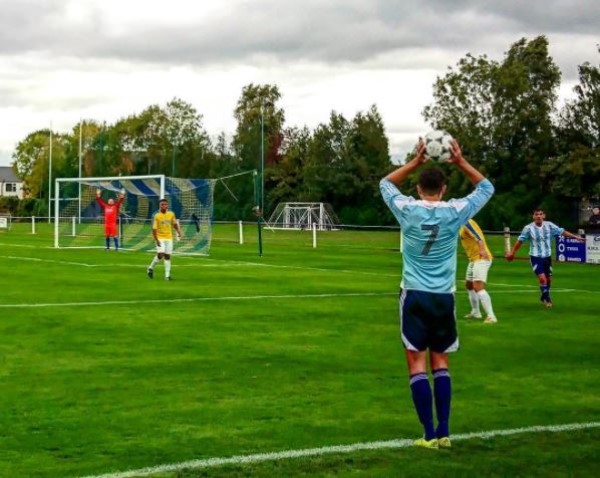 With seconds remaining in the first half we got our second, which was cleverly crafted by Woodward and smartly finished by Harkin at the second time of asking. It was no more than the boys deserved.

The second half was more a case of digging in than shrugging off the opposition, and the narrow margin meant that the closing minutes grew more frantic than they should really have been. The final touch of the game was a fine save by Jake Allingan, who stepped in between the posts for us and gave a good account of himself.

Those three points represented a positive start for Lee, and a welcome return to winning ways for the team. It was encouraging to see a fantastic attitude from all the players, a reassuring end to a dramatic week.

After Wednesday night's Birmingham Senior Cup tie against West Bromwich Albion we welcome Rocester to Sphinx Drive in the Midland League this afternoon. The vagaries of football fixture lists and print deadlines mean that I don't know how that turned out, so I'm just going to assume we won. Congratulations, everyone.

Our meetings with today's opponents tend to provide both goals and drama. My first visit to their ground almost exactly two years ago saw the Sphinx beaten by an extremely controversial penalty, before our excellent end-of-season form guided us to a 6-0 win in the home fixture as Robbie Banks' side battled to avoid relegation.

The goals that day were scored by Kieran Nesbitt, Ryan Quinn, Zuhayb Abdirahman and Fazel Koriya, who scored a sensational hat-trick. Of the Sphinx side that day only Jean Dakouri has featured this season.

Last August we visited Rocester and won 4-1 thanks to goals from Harkin, Anton Astley and two from Towers. Although it was a good performance it wasn't nearly as comfortable an afternoon as the scoreline suggested, and not just because of the rain.

Rocester made sure we knew we wouldn't have it all our own way in the return fixture just a few weeks later, which ended 4-4. An early Jackson Downie brace put the Sphinx ahead but Rocester's goal late in the first half and a quick-fire Robert Ritchie-Smith double after the break edged them in front.

The last ten minutes were breathless. Sphinx sub Harkin scored an equaliser with seven minutes remaining, before Rocester made it 4-3. But in stoppage time Cairns powered in a brilliant header, one of my favourite ever Sphinx goals.

So I'm expecting a quiet day out at Sphinx Drive after another stoppage time goal secured a win at Rocester earlier this season. Regardless of the result our matches against Rocester always seem to be full-blooded affairs, played in the right spirit and full of entertainment. Three points on top today would be most welcome.