Football is so often a results game and never more so than in a division as tight as ours. Coventry Sphinx have taken six points from two games and sit in the top six of the Midland Football League Premier Division, but teams in mid-table will us as within striking distance.

We made heavy going of our two league matches under Lee Knibbs and had to fight to the very end of both to secure a pair of 2-1 home wins against South Normanton Athletic and Rocester.

Storm weathered, the next challenge is to impose ourselves more on matches so the wins we pick up along the way are achieved by quality as well as force of will. We already know we have both.

Defeating Rocester has become a familiar habit for the Sphinx. Two weeks ago Knibbo's team were made to sweat for the three points here but were rewarded for a much improved second half display.

We started with the same attacking group that had begun the win over South Normanton Athletic, with Jamie Towers and Nathan McGarrity flanking Ryan Harkin, with Callum Woodward playing off the striker. 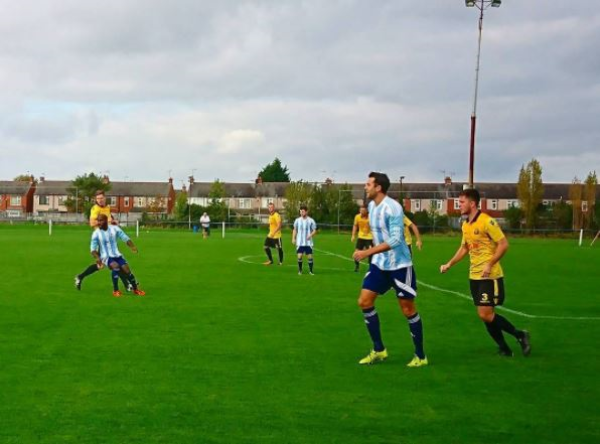 Rocester made life difficult in the first half, forcing Towers to drop deep to get involved in the play, and isolating McGarrity on the left. The goal we conceded was sloppily defended but emphatically finished, and a frustrated Sphinx side went in at the break with work to do.

It didn't take long to equalise and after that we never looked back. McGarrity's control, tenacity and decision-making resulted in a lethal pass across the box for Towers, who couldn't fail to pull the Sphinx level.

With Woodward finding his rhythm and Jean Dakouri once again dominating a second half in midfield, Harkin looked an emerging threat and we were up and running. There was no shock when the winner arrived and no surprise that Dakouri and Woodward were behind its creation.

Woodward's cross kept the attack alive after a superb run by Dakouri, and Towers was there at the back post to head home.

It wasn't a vintage Sphinx performance and there's no denying we rode our luck at times in the first half in particular, but a second win over Rocester this season - and a second league win in two for our new manager - certainly represents a positive start.

I'm never sure whether two weeks off at this stage of the season is a good thing for us. It's affected by form, of course, and with two wins on the spin we'd have gone into that next game with confidence high.

But we're also very much an evolving proposition. Knibbo's been able to come in and put some points on the board, but the last fortnight might have come as a welcome change of pace after the frantic couple of weeks before it.

Managers at every level tend to see the upside of their teams being able to take a step back and assess their progress, new managers even more so. A few personnel changes here, a few tactical tweaks there, and the absence of matches must fly by.

We return to Midland League action this afternoon against a Shawbury United side with one or two concerns. At the time of writing they're in 21st place, with only Boldmere St Michael's below them and just two wins to their name.

Those wins aren't to be taken lightly. Shawbury have beaten Boldmere, but their last two league outings were a  gutsy draw against another team in Coventry and a 2-1 home victory over Worcester City, whose ability we've seen for ourselves.

Our last game against today's visitors was a 3-1 win here at Sphinx Drive with the goals scored by Reece Blackmore and Woodward, who scored twice either side of half time.

But we know all about what happens to teams that don't play to their best against Shawbury. There are players in our squad today who were here a year ago, and they will remember well their shortcomings on our visits to Shropshire.

We'll need to be at the top of our game today and we already know there are no soft touches in this division. A third consecutive win would go a long way towards establishing Knibbo's positive start.