After the disappointment of our FA Vase exit it seemed that a slow start in the league against Heanor Town was something of a hangover. Heanor punished Coventry Sphinx's tardiness out of the blocks and took a 2-0 lead, but a change of shape after 20 minutes made a huge difference to the performance.

That switch moved Rhys Deehan into the centre of midfield and the impact he had was immeasurable. We pulled a goal back and improved enormously, only for Heanor to sucker-punch us with a third goal just before half time.

It took a massive, ballsy push in the second half to save a valuable home point. The game ended 3-3 thanks to scrappy but determined finishes from Louis Guest, Demetri Brown and Matty Burt. In truth we could easily have gone on to win it, such was the momentum in our favour by the end.

But it was a smart decision to truncate that quest in favour of nullifying the risk of getting caught out at the other end. A lesson learned fast is a lesson learned well.

There was no such fightback against Long Eaton United in the following game here at Sphinx Drive. There's no way to defend the performance that day; the fact we were clearly the better side for the first 20 minutes only made it more infuriating.

Long Eaton took a 2-0 lead and, by that stage, deservedly so. We barely earned the goal Jamie Towers headed in to make it 2-1, and conceding from a poorly defended free kick was a frustrating way to end that glimmer of hope. 3-1 was closer than the Sphinx deserved.

A second visit in three weeks to Rugby Town followed, and we kept up our record of cup losses by departing the Polymac League Cup at the first time of asking. A much-changed Sphinx side were better this time around than they were in the league game, for my money, and were unlucky to be 1-0 down at half time. 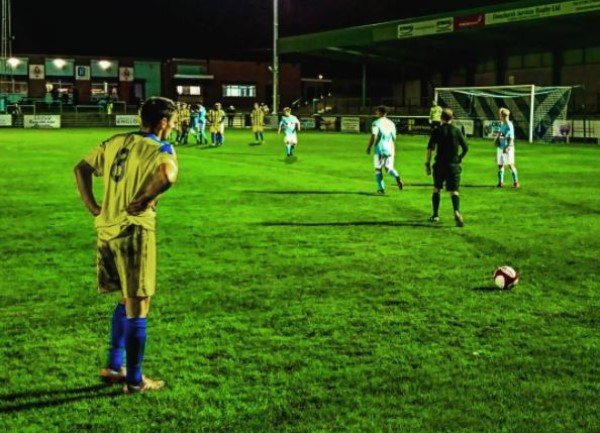 We created some chances but looked likelier to score at 2-0 down than at 1-0 down, and despite the loss it was a relief to find a goal at Butlin Road after the best part of 270 minutes without one on the three occasions I've been there. It was good to see Liam Cairns tucking it into the net after a few weeks without him, and heartening to see the team put up a fight at the end.

There were more disappointments last weekend against Highgate United. Guest gave us the lead but it was a miserable afternoon and ended in defeat.

It's always difficult to stomach officials who buckle under the deliberate and concerted effort of a team whose strategy relies on them buckling, and when it results in three handballs in the box going unseen and a cast-iron red card inexplicably not shown, you know it's not going to be your day. We wouldn't have deserved it if it had been.

Despite the more dramatic scoreline against Worcester City on Tuesday night, the Sphinx have more of a case to feel hard done by. A hard-working performance away from home was let down by the concession of four headers, the first two of which gave us too big a job to do from very early on.

Ryan Harkin came off the bench to score a tremendous solo consolation goal but not before Guest's second yellow card, which unfortunately leaves us short of an option at centre back once again. The strength in depth we have there is being used to its maximum this season.

With that, we welcome South Normanton Athletic to Sphinx Drive with a point to prove and absolutely no justification for any complacency. The visitors have only won twice so far in the league this season but we know to our cost that Rugby Town and Shawbury United are no mugs. Our team simply must be on their game.