There's a positive mood around Coventry Sphinx at the moment. Three Midland League Premier Division wins on the spin have gone a long way towards making a virtue of our lack of cup football, and the loss against West Bromwich Albion in the Birmingham Senior Cup now seems a distant memory.

It's even more encouraging that we have a set of players who never shirk a physical challenge and have done their new manager proud in his handful of matches in - or rather near - the dugout.

We're certainly finding ways to make life difficult for ourselves. Last weekend's 3-2 win over Shawbury United was a third consecutive league win for the Sphinx. Like the other two, it might have been more comfortable.

Our 2-0 lead was deserved. The attacking players had looked sharp and got us in front by punishing an error in the Shawbury defence. Ryan Harkin picked up the loose ball and showed impressive composure to spot and reward Callum Woodward's excellent run in behind. Woody's finish was never in doubt. 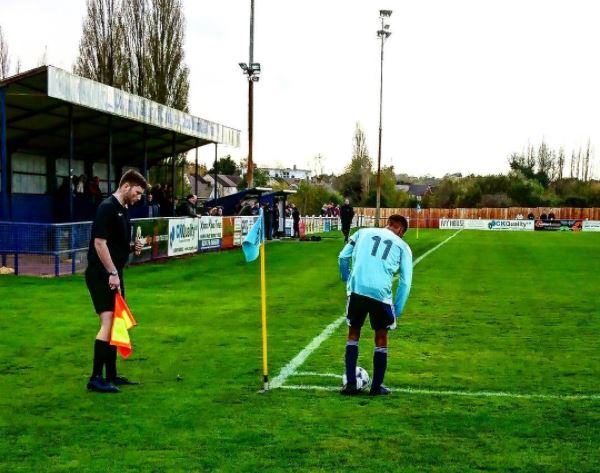 One disallowed goal later, the brief wait for a second was ended after Louis Guest and Jamie Towers competed for a ball in the box and it fell beautifully for Guesty to rifle it into the top corner.

But the last meaningful kick of the first half was a Shawbury goal, finished off after a few opportunities to clear weren't taken.

The Sphinx started brightly after half time and should have extended the lead to 3-1 when a legitimate goal was ruled out by a flag so late that I felt myself age before it went up.

Sure enough, the decision was costly. What should have been 3-1 quickly became 2-2 when Shawbury, who played with the wind behind them in the second half and smartly took advantage, scored from a set piece.

Such setbacks are frustrating but our team this season tends to take them in its stride. The chances began to arrive with increasing regularity for the Sphinx and we finally got our winner when substitute Samson Maagbe fed Harkin, who beat a defender and found the bottom corner.

Beating Shawbury took the Sphinx's start under Lee Knibbs to three consecutive league wins, a feat matched over the same period only by Westfields. It kept us in the top six, level on points with another team in Coventry and ahead of a chasing pack that includes Heanor Town and Highgate United.

At this point in the season, and with a little turbulence to contend with of late, that's a very satisfactory position in which to find ourselves. It's been a real positive over the past couple of seasons to be looking up rather than down for the majority of the time.

Quorn, our opponents this afternoon, must feel rather less comfortable. Twelve games into the season they're yet to reach ten points at the time of writing and have just two wins to their name, leaving them four points above bottom-placed Boldmere St Michaels.

But we'll do well to be aware of where those two wins came from. Picking up three points at Loughborough University is rarely easy, while a 3-0 win over Lye Town - albeit a Lye side that's off the pace compared to recent seasons - is always likely to catch the eye.

Quorn's last visit to Sphinx Drive saw them return to Leicestershire with all three points after a Nathan Dale hat-trick had secured a 3-2 away victory. In the first meeting of the 2016/17 season a patchy Sphinx performance ended in a 1-1 draw; a superb strike by Danny Harris was the highlight.

After today's game we finally head back out on the road and we won't be back until December. Away fixtures against South Normanton Athletic, AFC Wulfrunians and Shawbury United will undoubtedly be a tricky way to spend a month for the team, but if we can pick up some results there's no better way to spend a Saturday afternoon.

Today, though, it's home comforts we're after. Twelve points from twelve would be a sensational run, and reaching that landmark has to be the aim this afternoon. Only 100% commitment and effort will get the job done.