Coventry Sphinx's excellent run of form under Lee Knibbs continued here at Sphinx Drive last Saturday against Loughborough University. The team worked themselves into the ground in a tricky second half after a first 45 that should have seen them home and hosed.

Once again we took an early 2-0 lead at home, this time thanks to a pair of beautiful strikes by Charlie Faulkner and Ryan Harkin.

Faulkner received a pass from Harkin and deftly lifted it over the stranded Loughborough goalkeeper to open the scoring, and Harkin doubled the advantage with a fantastic solo effort.

The striker hunted down a ball out wide on the left, showed strength and confidence to see off two challenges, and cut inside to smash it across the goalkeeper and into the corner of the net.

Further chances came and went and the second period was a very different matter. Loughborough pinned us back for most of the half - albeit leaving gaps and opportunities that we'd have exploited on another day - and managed to get a goal back from a controversial free kick.

That wasn't the only questionable decision made by the officials on Saturday and it's to the players' credit that they grafted and defended well enough to make sure those decisions didn't cost us.

Having Faulkner back in the fold and Chris Sterling back in the starting line-up gave us a much improved display after disappointment at Shawbury United. Jamie Towers has done a fantastic job since being pulled into central midfield during Callum Woodward's suspension, and the defence stood firm under increasing pressure. 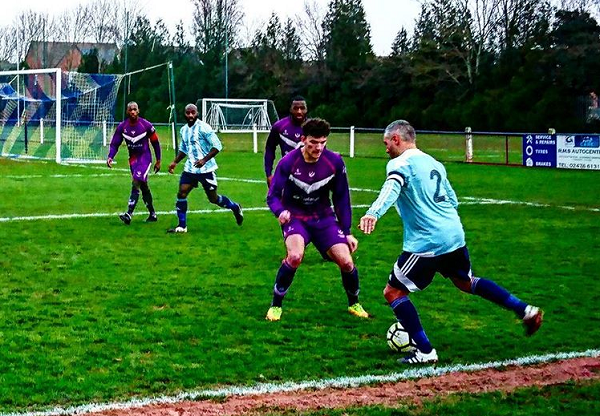 I thought Michael Quirke in particular was superb at centre back and Jake Allingan was terrific in goal again. He made a spectacular save in each half and the first was bafflingly good. Even Billy The Fish wouldn't have got to it.

That win was our ninth in a twelve-match unbeaten run that has been incredibly impressive. It left us in fourth place in the table, just three points off the top.

Bromsgrove Sporting in first, Coleshill Town in third and Worcester City in fifth had all played fewer games than Sphinx, but second-placed Sporting Khalsa had played more.

We're in good company, that's for sure. Coleshill regained top spot on Monday with a win over Westfields, extending the gap above Sphinx to five points, but there's nobody running away with this league.

At the time of writing Worcester are about to play Tuesday's fixture against Stourport Swifts, our visitors to Sphinx Drive this afternoon.

Should Stourport win, they'll jump a few places in the league table. Even if they don't, their games in hand and the struggles of Shawbury United and Rocester should offer them enough slack to comfortably avoid any realistic threat of the drop.

We're yet to meet the Swifts this season. Our last game against them was back in April and resulted in a 3-1 defeat. Before that, a dramatic 3-2 win at Walshes Meadow had added to two tight Sphinx wins in 2015/16.

Today is a busy day in the Premier Division. Bromsgrove visit Haughmond, Khalsa face Rugby Town, Coleshill are away at South Normanton Athletic and Worcester welcome Rocester to the Victoria Ground for the world-famous uhster-ohster derby.

If you're expecting anyone to do us a favour today, you're going to be disappointed. There's work to be done and we'll have to do it ourselves, and that's the attitude I hope to see from the team for the rest of the season. Give me that, and I'll be with you every kick of the way.