It's always disappointing to drop a game to the weather but last Saturday's postponement saved us all from a vile afternoon in a snowstorm, so for that we can be thankful. It also extended Coventry Sphinx's unbeaten league run by another week. Small mercies and all that.

In the Programme That Never Was you'd have been reading about Sphinx's latest home match, a 2-1 victory over Loughborough University.

Charlie Faulkner and Ryan Harkin scored the goals to give the team an early cushion, one they used to its maximum in a much more competitive second half. The team's ability to defend as a unit came in very handy, and, after a less than stellar showing at Shawbury United, it was great to see Sphinx back in the groove. 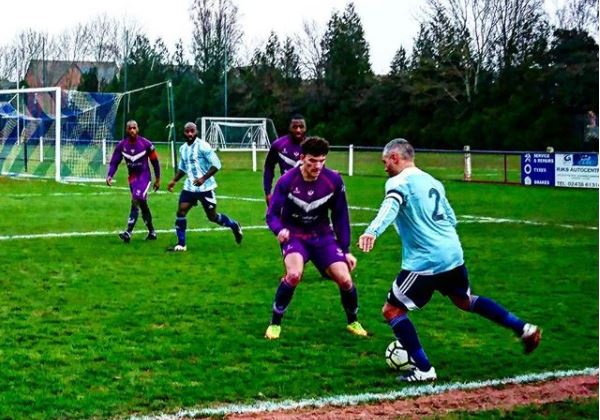 Faulkner's return from suspension and Chris Sterling coming back into the starting line-up improved the side, offering balance, bustle and an ever-present goal threat. Jamie Towers continued to work himself ragged in midfield, where his cover for the suspended Callum Woodward has been excellent, and Michael Quirke's display at the back was top-notch once more.

But, for me, the star of the show was in goal. Jake Allingan was terrific again, pulling off two fantastic saves to keep his team in the lead and, eventually, in receipt of three valuable points.

And so we moved on to twelve matches unbeaten, nine of them wins, and we remain very much in the chasing pack at the top of the Premier Division table.

It's to the club's credit that the officials, management, players and supporters have taken our ascent into the top four in our stride. Equally, nobody is shying away from the opportunity and the challenge that's now presenting itself as a result of the team's form under Lee Knibbs.

With games in hand on almost everyone, today's opponents are likely to have a say in how the top end of the table shakes out come April. If nothing else, Westfields will have played their midweek fixture against Worcester City by the time they arrive at Sphinx Drive. Win a couple of those spare games and they'll be in very decent shape themselves.

Sphinx and Westfields are yet to meet this season but the two games in 2016/17 were plenty controversial to keep us all going for some time. Daz Eggleton's red card in Hereford was a bitter pill to swallow, but it was nothing compared to the foggy shambles and sickening penalty decision of the home game.

Today's visitors also had a postponement last weekend, having been beaten by Coleshill Town in midweek. They were eliminated from the FA Vase in their first game of 2018 but won two consecutive home games either side of Christmas Day. Our recent record against Westfields should teach us that they're not to be taken lightly.

Coleshill and Bromsgrove Sporting are both due to play away this afternoon, facing Boldmere St Michaels and AFC Wulfrunians respectively. Sporting Khalsa, who've played a game more than us but are two points ahead, visit Worcester in a fixture I'm sure the groundhoppers will be all over like a jacket covering in pin badges.

We'll be there on Tuesday to play against Bromsgrove, which is every bit as tasty a prospect. Sphinx will be looking for a second win of the season against Sporting after a 2-0 home triumph was, eventually, secured by Harkin's late goal. Sterling had given us the advantage in the first half and holding on to it demanded a titanic effort.

If Sphinx are put another three points in the bank this afternoon, a similar attitude will be required. I think there are a bunch more wins in us yet. Up the Sphinx.