Supporting Coventry Sphinx can be a rollercoaster, and rarely more so than the last few weeks. We've gone from being unbeaten to being beaten heavily, then beaten twice, and then nearly beaten but ecstatic to rescue a point at the death on the road.

It almost makes you relieved to have had last weekend off.

Losing a long unbeaten run is bound to have a knock-on effect and there's no denying that Sphinx's loss at Bromsgrove Sporting did more damage than the team's performance that night warranted.

What followed was a pair of lacklustre performances, one ending in defeat and the other concluding with the moment that should get that confidence and belief back into the players.

The first of those displays ended in a 2-1 home defeat to Highgate United. Sphinx simply weren't on their game and got punished for it, and they were second best throughout to a team that really isn't up to much.

Endlessly booming hoofed balls into the corners shouldn't be a strategy that undoes a team with our quality but we weren't equal to it under the lights at Sphinx Drive. We were lucky to go in at half time at 0-0. We weren't so fortunate after the break.

Highgate's first goal was a poor one from a defensive point of view, but we quickly struck back. Ryan Harkin followed up to sweep the ball home after determined work by Charlie Faulkner. Sadly, Highgate had another clear chance and put it away to ensure our relief was brief.

The first half at Boldmere St Michael's more than matched the Highgate game for stodge. A rearranged Sphinx side started the brighter but conceded a sloppy goal against the run of play, and heads dropped. Boldmere got their second and we were struggling.

So often a team that's not quite at it just needs a trigger. Michael Quirke's brilliant thumping tackle by the touchline was ours at Boldmere, not only lifting the mood noticeably on and off the field but maintaining an attack that, finally, got the home team turned.

Luke Downes was at the heart of the play that made the goal, nudging the ball into the channel and positioning himself well for the return ball into the box. His neat finish clipped in off the post on the stroke of half time to make it 2-1. 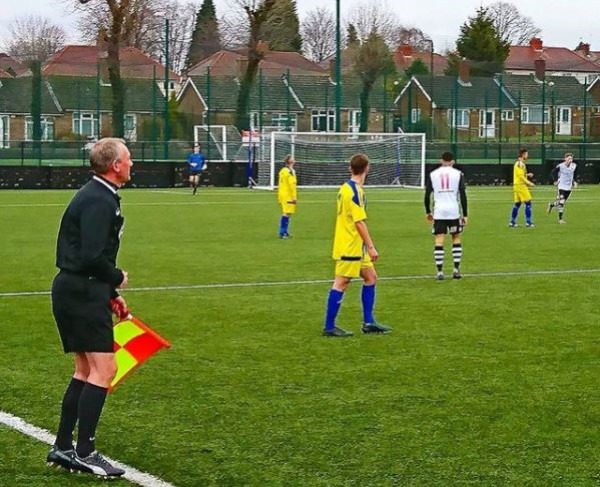 The second half was a big improvement. The players worked hard for one another and the attacking threat grew, even if the quality we saw so often during the unbeaten run wasn't quite there.

All we can ask as supporters is to have a team that works itself into the ground and never knows when it's beaten. The equaliser arrived late, but it arrived. Harkin was the man with the shooting boots once again, finishing well to save a point.

Last Saturday's visit to Shepshed Dynamo was postponed because of a waterlogged pitch so I soaked up the day's glorious sunshine at Lichfield City, where Atherstone Town's winning side featured a number of Sphinx veterans. Daz Eggleton, Mitch Thomson and Ryan Quinn were their usual selves. I always enjoy watching the three of them but it's just not Sphinx, is it?

Today we host Worcester City, who, at the time of writing, sit in fourth place in the Premier Division. They're six points behind leaders Bromsgrove and will fancy themselves to be able to make up a deficit like that in their remaining games.

It's certainly not done and dusted, and Worcester's visit to Heanor Town might well have shifted the pressure onto Sporting by the time you read this column.

Sphinx are sixth, in a mini-league of one if Highgate United's  games in hand pay off and Heanor and Westfields' don't. Surrendering our unbeaten run was a bitter pill to swallow but we're nicely poised to finish in a very respectable position this season, and it's important not to forget that.

The unbeaten streak immediately followed our away game "at" Worcester, where nothing went to plan. Despite the same scoreline against Bromsgrove to end the run, Worcester will find us a very different proposition this afternoon.

When all is said and done and we reach the end of the season, we'll have had an impact on the title. We've mustered some fantastic results against the top sides, beating Bromsgrove and Sporting Khalsa and drawing at Coleshill Town.

What price another twist at the hands of Sphinx today?