Welcome to what was scheduled to be the final Coventry Sphinx home match of the season. It's been a long old slog at times but the ups have outweighed the downs and some of the performances we've seen here have been right up there with the best in my time at the club.

Monday's 1-1 home draw against Haughmond was a repeat of the scoreline in the away fixture in August, our first Midland League match of the 2017/18 season. There were some parallels in the detail, too.

Neither Sphinx performance was a vintage one. We had relatively few significant chances in the two matches combined and the effort outshone the quality on both occasions. Haughmond twice looked a better side than their current league position suggests at face value.

And, of course, both Sphinx goals against Haughmond this season were scored by Ryan Harkin. On Monday he fired in a loose ball to put Sphinx in front and claim his 50th goal for the club.

Harks reached his milestone in characteristically speedy fashion and his goals have been crucial to all our best games in the past two seasons. Perhaps it's even more important that he pops up with a goal or two in games like Haughmond when we're not at full pelt.

Harkin's goalscoring record presumably puts him in the running for some of the awards that will be dished out to the players in the clubhouse after today's game. It's great to have candidates all over the field.

The contribution of Charlie Faulkner has added energy and determination to every game he's played, and he's been a tremendous acquisition for the club. Jamie Towers has been a regular, offering guile, grit and goals from a number of positions.

Callum Woodward's combination of graft and craft was a driving force behind some big wins in 2017/18, while Luke Downes has got better and better the longer he's been back in the team. Liam Cairns' consistency in the second half of the season in particular puts him in the same bracket.

Scott Lower's been Scott Lower - i.e. brilliant - and the pairing of Louis Guest and Michael Quirke, along with Aaron Stringfellow on the left, has given us a reliable base to work from.

We've also benefited from top performances from the likes of Rhys Deehan and Chris Sterling, who've been missed when absent. Also missed is Jake Allingan, whose lengthy run as first-choice goalkeeper was incredibly impressive.

We haven't always had so many players to name at this stage of the season. The truth is that our successes this season have resulted from a monumental team effort under the guidance of their manager. I voted for them all, obviously.

But we're not done yet and our opponents for today's penultimate game of the season are Coleshill Town, who missed out on the title to Bromsgrove Sporting and face competition from Highgate United and Worcester City for second place.

As of Tuesday night they sit in third place with a game in hand on Highgate and two on Worcester. Only a point separates the three and Coleshill will have had an opportunity to return to second by the time they arrived here today. Heanor Town were their opponents on Thursday night. 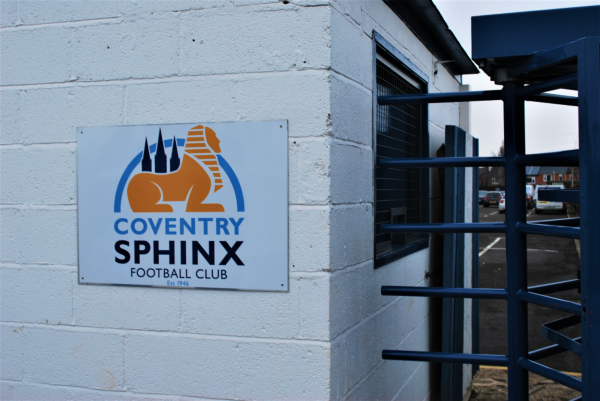 Likewise, Sphinx will have played a couple of days ago in the rearranged fixture against Stourport Swifts. Defeat away to Stourport last weekend should have given the boys all the motivation they needed to exact revenge.

As for our league position, well, we could finish in any number of places. At the time of writing we're in eighth position with three to play. Rugby Town and Heanor have a point more; Heanor have six games to play. Below us Quorn, Westfields, Long Eaton United and another team in Coventry are all within striking distance.

Shepshed Dynamo are yet to reach 50 points but, like Heanor, they've got a stack of games left to push themselves up the table.

So we're now in a mini-league of eight sides and finishing anywhere near the bottom of that would represent a disappointing conclusion to a decent season. Ending near the top of it should be our short-term priority and the next step towards it would be a positive result today.