Coventry Sphinx have been on the road for a few weeks, facing tough opposition with key players sitting out through suspension.

It's been a tricky month so far but some valuable points have been banked along the way. Most importantly, we have a squad of players and a management team that take every game seriously. That approach has served us well this season and it'll set us up nicely for next.

Our home match against AFC Wulfrunians ended with frustrations for both sides. After Wulfrunians took a 2-1 lead into half time despite Chris Sterling's opener - points deducted from Scott Lower for not taking on the shot himself - Sphinx improved hugely in the second half and secured a 2-2 draw.

Ryan Harkin's control and finish for the equaliser were excellent and the goal was deserved by the home side. But the referee was the centre of attention because of two key decisions that were both unanimously agreed by both sides to have been wrong.

It's funny how balancing one poor call with another doesn't seem to appease either team. It's even funnier that referees sometimes seem to think it will.

So, when Jamie Towers was denied a clear-cut stoppage time penalty for Sphinx, the Wulfs didn't feel better about Jack Tregartha inexplicably avoiding a red card. Still, a draw was probably the fairest outcome.

There followed a pair of defeats, both by a single goal but worlds apart - almost literally, given how sodding far away Hereford feels on a Thursday night. With yet more key absentees Westfields away was a game more notable for the Spinx performance than for the final result.

The thirteen players who did make it did themselves proud. Every one of them gave everything they had and Sphinx gave Westfields a run for their money. We rode our luck at times but it took a fair slice of luck on our hosts' part to separate the sides. And, as the game wore on, we started to carve out a few chances of our own.

On another night, with different officials, who knows how the match might have ended?

Two days later we were away again, this time against Quorn. The contrast was stark. We lost 4-3 and can't have any complaints about the outcome. From the sidelines, at least, our 2-0 lead always looked precarious. Charlie Faulkner's determination earned him the first, and his excellent cross created the second for Towers, but we were vulnerable.

With the help of two penalties Quorn quickly fought back and established a 4-2 lead with Sphinx struggling to get a grip on the match. It was unfortunate that they had dangerous players in positions where we've had to adapt late in the season, but these are the challenges we face at the moment.

Although it was a disappointing afternoon it was heartening to see some character in the final few minutes. Harkin teed up Towers to grab a goal back and make it 4-3, and a slice of better luck in stoppage time might well have won us an undeserved point.

The point we took from last Wednesday's visit to another team in Coventry at the Butts was anything but undeserved. Aaron Stringfellow slotted into the defence, with Lower returning to right back, and helped us to a very welcome clean sheet. 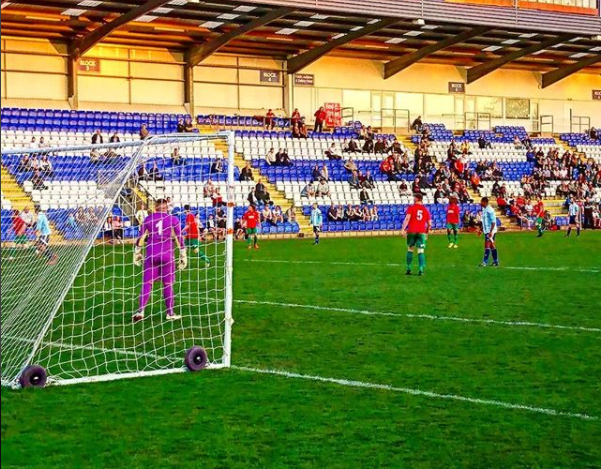 We don't make the same song and dance about injuries and suspensions as some clubs but going into a tough away fixture with every available player on the field or bench, and holding our own, isn't to be sniffed at.

Sphinx's hard-working performance was rewarded with a draw but it's important to point out that we carried a constant threat of our own. Harkin, Towers, Faulkner and Sterling never gave the opposition defence a moment's peace.

The game arguably boiled down to two key chances. Our hosts missed the better of the pair, lofting the ball over the bar from a promising position towards the end of the first half. Our best chance was a presentable one, but also went over near the end of the game.

All told, a draw was the just result. In the context of the season as a whole, a season in which the home fixture against the same opponents resulted in a Sphinx win, it was satisfying. And it was no more than the ballsy effort from the players had earned.

I didn't see Saturday's match at Stourport Swifts (once a year I get dragged to the Crucible by people who are supposed to be my friends) but then I'm writing this on Thursday, so technically you haven't seen it either.

And so to today. Up the Sphinx.