The winter weather has taken hold again of late, leaving our Coventry Sphinx side with a couple of unfortunate postponements here at Sphinx Drive. The match referee's last-minute decision to call off the game against Stourport Swifts was enormously frustrating. The Haughmond match never stood a chance.

Last Saturday Sphinx followed up another thumping away win against Shepshed Dynamo, which I missed, with a disappointing away loss against Heanor Town, which I did not. Football is a cruel game.

Manager Lee Knibbs was able to name the same side that beat Shepshed but it wasn't our day. Heanor got themselves into an early lead thanks to a goal that was made possible by what I thought was a blatant handball, and, in hindsight, that was the moment that killed the game from a Sphinx point of view.

Neither goalkeeper had much to do during a poor match. Heanor opened us up once more to score again but to say chances were few and far between would be to overstate the excitement levels of the afternoon. 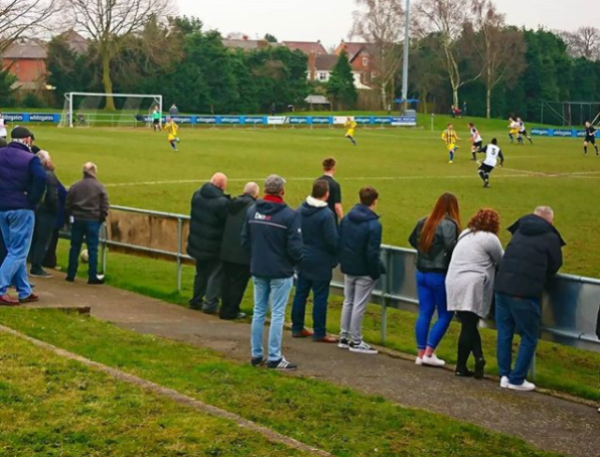 Sphinx weren't at it. We were second best in the first half purely because we never really got going. The second half was easier to stomach because the players dug in and worked their way back into the game. Sadly, the cutting edge and quality weren't there and the points weren't there for us either.

I'm writing this column in between the Heanor trip and our visit to Wolverhampton and the temporary home of Sporting Khalsa. Judging by the weather outside right now there might have been no Khalsa game by the time we face Rugby Town this weekend.

We headed into what I hope was an action-packed Tuesday night victory (fingers crossed!) in sixth place in the Premier Division. We were six points behind Khalsa and five points ahead of Rugby. Notably, we're suddenly one of the teams with a stack of games in hand.

Both Khalsa and Rugby had played 33 matches to our 31. A decent set of results from those matches and our Easter Monday clash with Boldmere St Michaels would go a long way to consolidating our place in the top six.

Rugby's away games since the turn of the year have taken them to Loughborough University, Long Eaton United, Quorn, Highgate United, Coleshill Town and Stourport Swifts, and a couple of good wins were followed by a run of defeats. But there won't be too many teams that come away from Coleshill Town with a result this season.

We've been to Butlin Road on both league and cup duty already, and the goalless league draw was, at times, a case of living on the edge for Sphinx. We're a different team today and our expectations have evolved. Our season isn't over until it's over.

On Monday we face Boldmere with unfinished business to handle. Our late equaliser at their place felt like an important one so soon after our unbeaten run fell by the wayside, but it certainly didn't make up for another early FA Cup exit. A win this weekend would, finally, soothe that sore.

But we don't need the prospect of settling scores to get us going. With the end of the season approaching, Knibbo and the boys are working hard to ensure that the attitude is right, the performances are good and the results follow.

As a supporter, that's the kind of club I want to follow. If you're going to give up when there's only league position at stake, we're a bad match. But keep going, and I'll keep going too. That's the set-up we have now and I couldn't be happier about it.

If the team cares about the last game of the season as if it really matters then so will I. And it does, because it always does.